When will the country get back to normal? 3 things to know about reopening America

And while there are indications that social distancing is working as scientists had hoped in mitigating the spread of novel coronavirus, big questions remain over how America will ever get back to normal after the shuttering of businesses across the country.

Here are three things to know:

1. There's no federal plan yet.

At this point, states and local authorities are making decisions on whether to close schools or require that people stay home except to buy essentials. Americans, though, are still looking to the federal government for guidance on best practices. 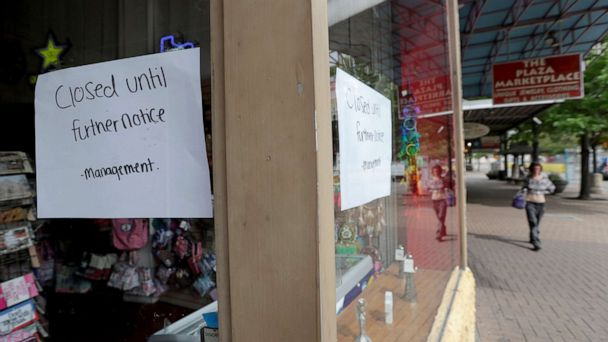 So far, Trump has declined to invoke any kind of nationwide "stay-at-home" order and has instead urged Americans to embrace social distancing through the end of the month. He also has said he plans to set up a second task force focused entirely on re-entry.


After May 1 though, it's still unclear what might happen.

When asked on Friday what metrics he might use going forward, Trump pointed to the side of his head as though to imply he will rely on his smarts.

"The metrics right here," Trump said, pointing to his brain.

"I'm going to have to make a decision and I only hope to God that it's the right decision," he said. "But I will say without question, it's the biggest decision I've ever had to make."

Trump said he worries about Americans leaving their homes and dying.

But he added, "Staying at home leads to death also."


"It is very traumatic for this country," Trump said. "But staying at home, if you look at numbers, that leads to a different kind of death perhaps, but it leads to death also."

Hard-hit states like California aren't ready to talk about their plans for reentry yet either, with health officials still focused on how to get overtaxed hospitals through the next couple of weeks.


"It's really about the encouraging signs that we see," said Dr. Deborah Birx, the White House's coronavirus response coordinator. "But as encouraging as they are, we have not reached the peak."

2. Testing will likely play a major role, but no one knows yet what that looks like.

There are two types of testing that could help reopen the country, but there's no word yet on how they would be used exactly.

There's the nasal swab lab test that can determine if an individual is carrying the active virus. 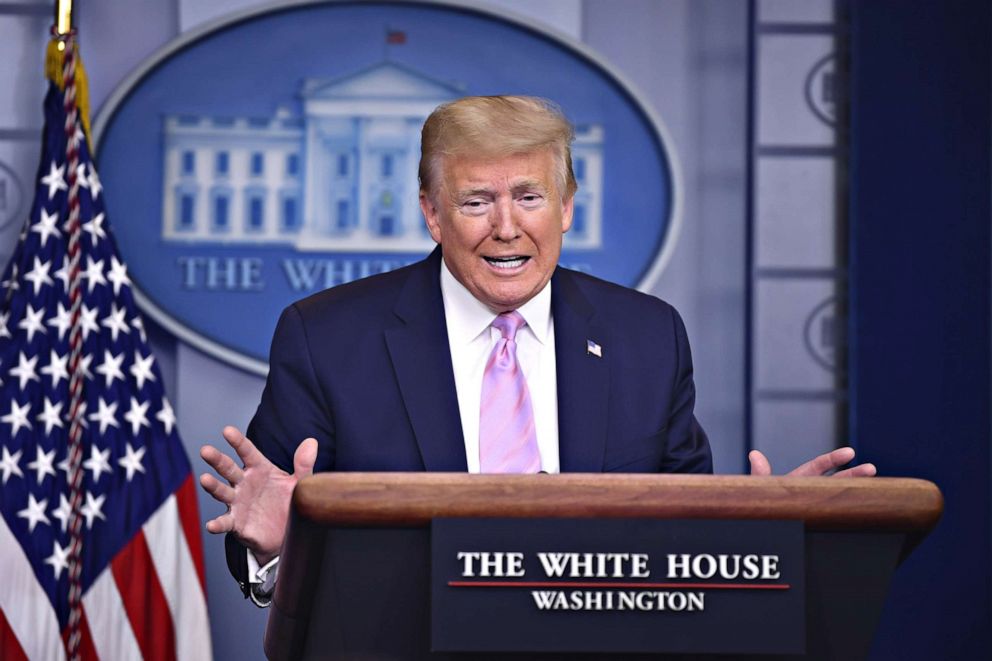 There's also a blood test that measures the level of antibodies in a person's system -- the idea being that most people exposed to a virus will develop some level of immunity, thus reducing their risk of reinfection.

Trump administration officials have floated the idea of using a combination of the tests to determine a person's risk, while there are reports of other countries considering "immunity certificates" for people with antibodies in their blood.

But experts say there are complications with relying on both tests.

With antibody tests, there are still lots of unknowns with scientists still studying how this particular coronavirus behaves.

Researchers haven't confirmed yet that exposure translates to immunity, or how long any level of immunity might last.

There are skeptics too who say fewer people probably have been exposed to the virus than we think, creating a situation where millions of people still have to stay homebound even after being tested because they discover they don't have any antibodies at all.

As for testing for the active virus, that can only determine if a person is infected at that particular time and would likely require repeated testing, depending upon risk of exposure. A person also can test negative, then positive, which is why doctors often will test a person more than once.

What's more is that the test relies on a complex supply chain and technical lab equipment -- one big reason the tests have been hard to come by.


3. Industry is jumping in -- for better and worse.

The Trump administration has rolled back an unprecedented number of regulations in health care, including emergency authorizations of tests and allowing hospitals to care for patients in convention centers and other unconventional spaces.

Commercial and academic labs are jumping in to help, while Google and Apple have announced plans to create a joint tool that would enable contact tracing of the virus -- a venture that raises privacy concerns.

But with businesses looking to make a buck, some local officials are warning consumers to be wary of pop-up testing sites. And this week, federal regulators sent a warning letter to a "church" that was selling chlorine dioxide products -- called the "Miracle Mineral Solution" -- that it claimed could treat novel coronavirus.

There is no cure for coronavirus approved by the U.S. Food and Drug Administration. A vaccine is still considered at least a year away from final approval.