Andrei Jikh invested over $100k in BTC and ETH.

The popular Youtuber Andrei Jikh published a video this week to his 978,000 Youtube subscribers explaining that he invested over $100,000 into crypto assets. Jikh details why he spent the funds on digital assets and he plans to share his investment experience in another video.

Andrei Jikh is a popular Youtuber with close to a million subscribers to-date, and his channel concentrates on personal finance, the stock market, and investing. Usually, his videos cover traditional investment assets like stocks, but during his latest video published on November 20, he discussed an entirely different investment vehicle. Jikh invested over $100k in BTC and ETH and he explains how he thinks his investment will do in 12 months. 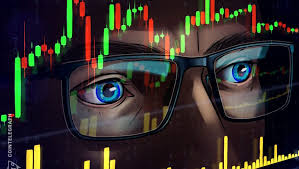 Right away, Jikh details that he purchased 7.5 BTC ($130,195) and 120 ETH ($63,044) and in his video the market prices are much different than they are today. After explaining the number of bitcoin and ethereum he purchased, Jikh said he left $10,000 in his Gemini account in order to dollar-cost average the rest of the funds every day. Jikh then goes on to describe the meaning of what a cryptocurrency is to his 978,000 Youtube subscribers.

There is a max 21 million supply of BTC and in the US there is around 112 trillion dollars in terms of household wealth. If we assume 1% of the US population is interested in investing, that’s around 1.2 trillion dollars. If we divide this hypothetical 1% demand by the max supply – we get a rough price of $57,142 per coin. If we get 2% of the population interested in investing the price doubles to $114,284 a coin. There are 46.8 millionaires in this world, there will only be 21 million bitcoin in existence. That means less than half of all the millionaires in the world will ever own an entire bitcoin.

A few other watershed moments Jikh believes is boosting bitcoin’s maturity is Paypal’s recent announcement to support the asset, Fidelity’s upcoming exchange-traded product, and the big purchases stemming from firms like Square, Microstrategy, and Grayscale.

“On top of that, Stanley Druckenmiller who is a very wealthy hedge fund manager revealed that he now also owns Bitcoin, Mexico’s second richest man, billionaire Ricardo Salinas Pliego revealed he holds 10% of his net worth in Bitcoin, and even Ray Dalio is no longer sure of his skepticism,” Jikh stressed.

Of course, Jikh ends the video by telling his subscribers that the video is not investment advice. The Youtuber likes to share his investment strategies and he’s done so in many other videos for “entertainment purposes only.”

Jikh’s jump into the crypto space follows numerous luminaries this year getting into bitcoin. For example one of the most popular Youtubers, Pewdiepie told his 107 million channel subscribers he’s been getting into cryptocurrencies and non-fungible token (NFT) asset games. Hit record producer “Murda Beatz” told his fans that he purchased bitcoin last October and the Grammy-nominated rapper Logic dropped $6 million into bitcoin last month.