Digital currency markets are on a tear this week, as a myriad of crypto assets have seen enormous gains during the last two days. Then finally, on November 30, 2020, the largest blockchain in terms of market cap, bitcoin (BTC) surpassed its 2017 all-time highs (ATH) after crossing the highly anticipated $19,860 zone on Monday morning (EST).

The entire cryptocurrency economy has spiked in value considerably and on Monday, November 30, 2020, as there’s over $34 billion in global trade volume. Moreover, out of the 7,500+ crypto-assets in existence, the market valuation is hovering well above the $547 billion zone. 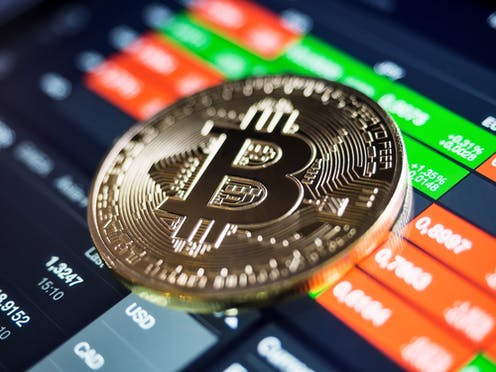 At a current price of over $19,500 per unit, bitcoin’s market cap today is hovering at around $362 billion. BTC’s market cap is larger than each of the world’s four largest banks; JPMorgan Chase USA, ICBC China, BAC USA, and CCB China.

BTC’s SHA256 hashrate (processing power) is coasting along at 130 exahash per second (EH/s) and there are 17 mining pools pointing hashrate at the network. Mining on the bitcoin (BTC) is difficult today as the difficulty metric is 19.16 trillion but in 13 days, it’s expected to increase to over 20 trillion.

“The narrative of bitcoin as a safe alternative to traditional finances is being established without a doubt,” Vijay Ayyar, Head of Asia Pacific & Luno Exchange at Luno told news.Bitcoin.com. “Gold is starting to become less relevant especially for the younger population and investors and this shift from Gold to bitcoin has just begun.”

The second-largest blockchain, in terms of market cap, ethereum has increased a great deal in value during the last week. Ether is trading between $590 to $600 per ETH and the crypto asset is up 0.54% this week and 58% for the last 30 days. Ethereum’s market valuation on November 30 is roughly $67 billion.

The third position held by XRP has seen a jump of over 8% during the last week. XRP is currently swapping for $0.64 per unit and 30-day stats show XRP has climbed over 94% to get to its current position. XRP’s moves have managed to push tether (USDT) down a notch to the fourth-largest position.

The fifth-largest blockchain, in terms of market cap, belongs to bitcoin cash (BCH) on Monday, November 30. BCH has a liquid market cap of over $5.5 billion and each coin is trading between $290 to $301 per unit. Bitcoin cash prices are still down over 5% during the last seven days and just above 16% for the last 30 days.

At the time of publication, bitcoin (BTC) has slipped back some after touching the high on Monday and is currently swapping for $19,500 per coin. A second attempt to break the $20k price zone could very well be in the cards later today.