(For a Reuters live blog on U.S., UK and European stock markets, click LIVE/ or type LIVE/ in a news window.) 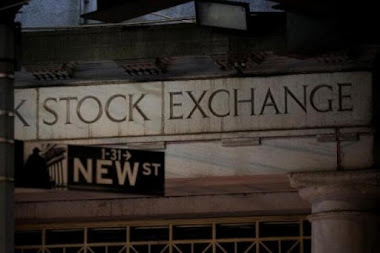 March 12 (Reuters) - The S&P 500 slipped on Friday after hitting an all-time high in the prior session, as a spike in U.S. bond yields revived inflation worries and dented appetite for high-growth stocks.

The tech-heavy Nasdaq tumbled 1.3% after rebounding more than 6% over the past three sessions, while the blue-chip Dow, on the other hand, hit its fifth consecutive record high.

Wall Street's main indexes are set for their best week in six after one of the largest U.S. fiscal stimulus bills was signed into law and data reinforced views that the economy was on the path to a recovery.

A consistent rise in U.S. bond yields has raised fears of a sudden tapering of monetary stimulus, pressuring the main U.S. stock indexes in recent weeks.

The yield on the benchmark 10-year notes rose back above 1.60% on Friday to approach the one-year highs touched last week.

"We are back to the idea that more growth is more inflation and investors are a little nervous about current yield levels which is affecting tech stocks," said Victoria Fernandez, chief market strategist at Crossmark Global Investments in Houston, Texas.

"It's all about the pace in which yields grow and the market seems to be comfortable with another 10-20 basis points jump in the benchmark yield if backed up by strong data that shows economic recovery."

Speedy vaccine distribution and more fiscal aid have also added to concerns of higher inflation despite assurances from the Federal Reserve to maintain an accommodative policy. All eyes will now be on the central bank's policy meeting next week for further cues on inflation.

U.S. consumer sentiment improved in early March to its strongest in a year, a survey by the University of Michigan showed on Friday.

The Nasdaq has been particularly hit by the sell-off in recent weeks and confirmed a correction at the start of the week as investors swapped richly valued technology stocks with those of energy, mining and industrials companies that are poised to benefit more from an economic rebound.

Value stocks added about 0.5%, while growth stocks slumped 1.5% in a continuation of a rotation that began late last year.

Tech, communication services and consumer discretionary indexes, which house these mega-cap stocks, slipped the most among major S&P sectors.

Ulta Beauty Inc slumped about 8% after the cosmetics retailer forecast annual revenue below estimates, as demand for make-up products were under pressure due to extended work-from-home policies.

U.S.-listed shares of China-based JD.com Inc dropped nearly 6.7% after three sources said it is in talks to buy part or all of a stake in brokerage Sinolink Securities worth at least $1.5 billion.